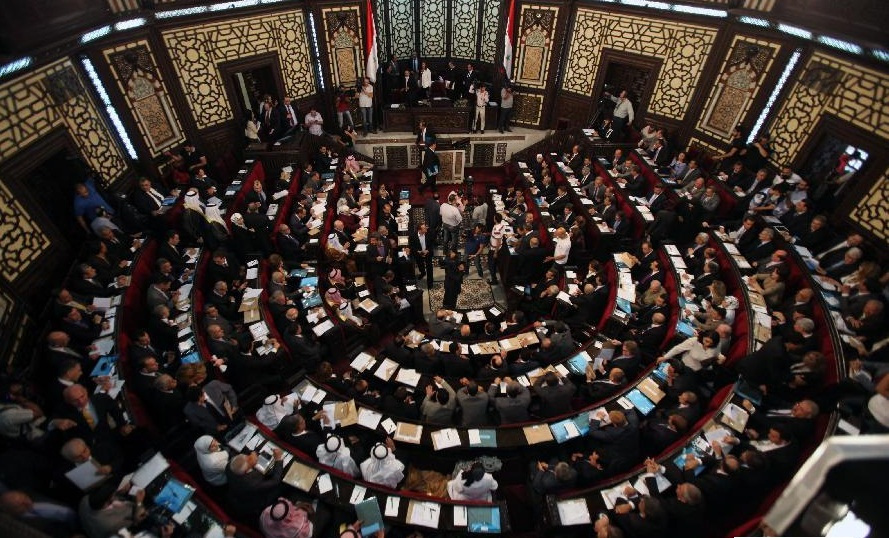 Results of the parliamentary elections held on Wednesday were announced late Saturday evening by the Higher Electoral Committee, Syria’s electoral body, and 200 of the 250 seats were won by the National Unity coalition.

The UN said it won’t recognize the elections while the opposition camp has described it as a “farce”.

The ruling Ba’ath party joined hands with its allies to run under the banner of the National Unity coalition and all its candidates won seats to the People’s Assembly.

Head of the electoral committee, Hisham al-Sha’ar, said 57.56% of the 8,834,994 eligible voters took part in the elections. It is the second parliamentary elections since the war started in 2011 with the first dating back to 2012.

A record 11,341 candidates registered for the elections but the number came down to 3,500 after the withdrawal of candidates that deemed their chances to win were slim.

The elections only took place in areas controlled by the government. The Syrian opposition groups fighting the government, western countries and the UN said the situation in the country does not allow fair elections.

The Syrian government and the opposition are holding talks in Geneva under the auspices of the UN for a transitional government. Yet, questions still remain over the fate of President Assad who was elected for a seven year mandate in June 2014.

The five year old war in Syria killed thousands of people, forced millions to flee and devastated the economy and infrastructure of the country.