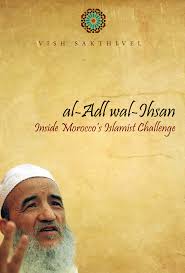 It is very appalling that in this 21st century where technologies, sciences and democracies are prevailing, some fanatic religious clerics continue to preach extremism and dark ages’ ideologies.

It is also very depressing and chocking that in this modern world where some Muslim countries such as Morocco, Turkey, Malaysia…offer successful models of moderate and tolerant Islam, some preachers such as the leader of banned group al-Adl wal-Ihsan (Justice and Benevolence) in Morocco comes out with radical views, advocating restoration of Islamic caliphate.

His remarks were widely slammed by Moroccans of all walks of life. In a video footage posted on internet, the group’s chief Mohamed Abbadi, who replaced late Abdessalam Yassine, defended the Islamic caliphate project in a bid to regain and reclaim Islamic bygone glory.

It seems that he tried desperately to sell his followers the dream of Islamic State and an utopist world, failing to mention the inhuman atrocities committed by Daech in the name of Islam within the frame of self-proclaimed caliphate.

Abbadi, who used freedom of expression enjoyed in Morocco, has offended all Moroccans by his radical views and stand. The man should understand that we cannot turn back the clock. It is time to look forward to the future and move on, adapting our religious beliefs to our modern needs and daily challenges.

Sheikh Abbadi also failed to mention the virtues of Al ijtihad (efforts made in the explanation of religious texts) which enabled Islam to evolve through ages.

According to some stories, the Prophet Sidna Mohammed (PBUH) asked a judge (Muad Ibn Jabal) how he would decide matters coming up before him. He responded that he “will judge matters according to the Qur’an”. “If the Book of God contains nothing to guide me, I will act on the precedents of the Prophet of God, and if it is not in that either, then I will make a personal effort [Ijtihad] and judge according to that”. The Prophet is said to have been most pleased at the reply.

It is also worth mentioning that Morocco spearheads a landmark training program for imams to counter Islamic radicalization. According to experts, this program is the best tool to fight Isis and other radical Islamic militants spreading their poisonous obscurantist ideology as that preached by Abbadi.

The leader of Al Adl Wal Ihssan should understand that Moroccans will continue to embrace and nurture an “Islam of the middle path doctrine,” a vision of religion based on tolerance, intercultural dialogue and respect of other faiths. And nothing will change ever the specificity of the North African Kingdom.