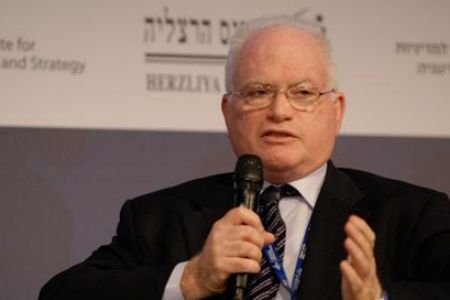 Hamas will not attack Israel in the near future because “it fears for itself” and the “real threat” of the organization is “its central ideology” of not negotiating with Israel, said a senior defense ministry official.

Director Amos Gilad of the Political-Military Affairs Bureau at Israel’s Defense Ministry who was giving a lecture at a University alleged that Hamas is not willing to accept “true coexistence and peace” and Israel’s policy will continue to be maintained “until Hamas is removed from Gaza.”

He lamented that “Gaza could have been a gem” with its “talented people” but the situation is worsening though Israel will not allow the economy to collapse.

Former Palestinian Authority Minister of Prisoner Affairs, Hisham Abdel Razek, said during the event that Israel’s policy is that of “despair that brings only bad things and which can only continue the conflict.” He called on both Israeli and Palestinian peoples to renew their efforts for a solution.

A high-ranking Israeli military Southern Command officer under the condition of anonymity warned of “painful strikes” on Hamas if hostilities began because of the level of intelligence they have collected after the 2014 summer war. The source said they are monitoring 25 regional battalions of the organization claiming that the Nuhba force, Hamas elite military wing, is paying “much more attention to training, capabilities and weapons.”

Israel is planning to make a “stronger defense” for its southern communities said the source, adding that “Hamas is a highly intelligent enemy” because “they surprise me and learn their lessons very quickly.”

There have been claims that Hamas plans to launch major attacks on Judea and Samaria but Israeli authorities have warned that such a move will lead to serious consequences.