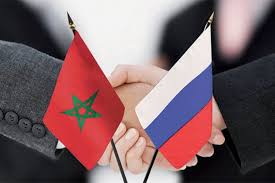 King Mohammed VI of Morocco and Russian President Vladimir Putin voiced Tuesday serious concern over the latest developments of the Sahara issue “at the level of the United Nations Secretariat “, making reference to the recent inappropriate remarks made by UN Secretary General Ban Ki-moon during his tour in the Maghreb region.

The two leaders expressed their joint concern during a long phone conversation, says a press release issued by the King’s Office.

The Moroccan sovereign and the Russian Head of State agreed to “strengthen their coordination and maintain continuous contacts on this issue in order to reach, by the end of April, a balanced and productive result.”

Last month, UN SG Ban Ki-moon visited the Maghreb region and made inappropriate remarks on Moroccan Sahara, overstepping his mission and violating the neutrality which should be observed by all UN officials in any conflict.

His biased stand ignited tension in the region, prompting strong reaction from all components of the Moroccan society including MPS, political parties, trade unions and civil society activists, who all condemned Ban Ki-moon comments which offended the Moroccan people.

Many Security Council members expressed support to Morocco in its row against UN Chief.

Besides the Sahara issue, the phone conversation between King Mohammed VI and President Putin also covered various regional and international issues as well as bilateral relations.

The two leaders hailed on this occasion the progress made in various sectors and the evolution made in Strategic Partnership which gained momentum since the recent royal visit to Moscow.

During this visit, Morocco and Russia signed several cooperation agreements in the fields of environment protection, rational use of natural resources, fisheries, investments, energy…