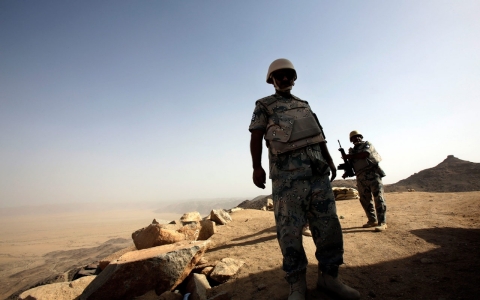 The ceasefire in Yemen ahead of the April 10 talks in Kuwait commenced and United Nations special envoy for Yemen Ismail Ould Cheikh called on the international community to be supportive of it.

He stressed that the “critical, urgent and much needed” ceasefire could be “a first step in Yemen’s return to peace” because enough lives have been lost.

The ceasefire will allow access to relief aid. Humanitarian organizations in the country estimate that more than 82% of the population is dependent on aid while 2.75million people are displaced. A coalition of 15 aid groups has warned of “catastrophic” consequences if the ceasefire fails but the Saudi-led coalition has stated that the cessation of hostilities will expire at 12p.m. local of the day following the conclusion of consultations in Kuwait; unless extended.

Talks will be centered on the withdrawal of militias and armed groups, the handover of heavy weapons to the state, interim security arrangements, the restoration of state institutions and the resumption of inclusive political dialogue, and creation of a special committee for prisoners and detainees.

The UN Special Envoy noted that “a positive outcome will require difficult compromises from all sides, courage and determination to reach an agreement.”

There are reports of the ceasefire already being violated but there are hopes that it will continue. “Now is the time to step back from the brink” the special envoy stated remarking that “the progress made represents a real opportunity to rebuild a country that has suffered far too much violence for far too long.”

The Saudi-led military coalition stated that its mission is to reinstate Hadi as the legitimate president of Yemen but the Houthi Movement has been resisting its military campaign for more than a year.