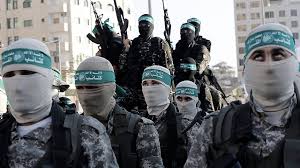 Hamas has accused forces of the Palestinian Authority (PA) of collaborating with Israel to crackdown on those planning to launch attacks on the Jewish state.

The allegations coincided with Prime Minister Netanyahu stating that a “significant decline” of attacks on Israeli has been registered recently after six months.

Hamas spokesman Sami Abu Zuhri claimed that “the cooperation between the PA and Israel in arresting three fighters Saturday is a serious escalation in the coordination between them.”

The arrested fighters are allegedly planning a large scale terror attack against Israeli interests. It is unclear if their arrest on Saturday led to the cancellation of a planned unity conference in Gaza by Hamas after its security forces raided the hall. The organizers accused Hamas of limiting public freedom in Gaza.

Hamas recently came under criticism from Ahmed Yousef, a former adviser to ex-Hamas prime minister Ismail Haniyeh, in an article urging the mosque preachers of the group to “live the bitter reality and stop deluding people that we are living in a reality of a utopia.”

He said conditions have worsened in Gaza under Hamas with a “bleak future” as he noted that “we have waited for 10 years to see the virtuous city” that the group promised when it forced Fatah out. Hamas believes in a resistance approach to attain Palestine’s statehood and independence.

Meanwhile, Netanyahu at the beginning of the weekly cabinet meeting told ministers that security forces have reached a “significant decline” in curbing attacks on Israelis and Palestinians are feeling that “escalation was pointless.”

Violence has left 200 Palestinians and 28 Israelis dead since October.