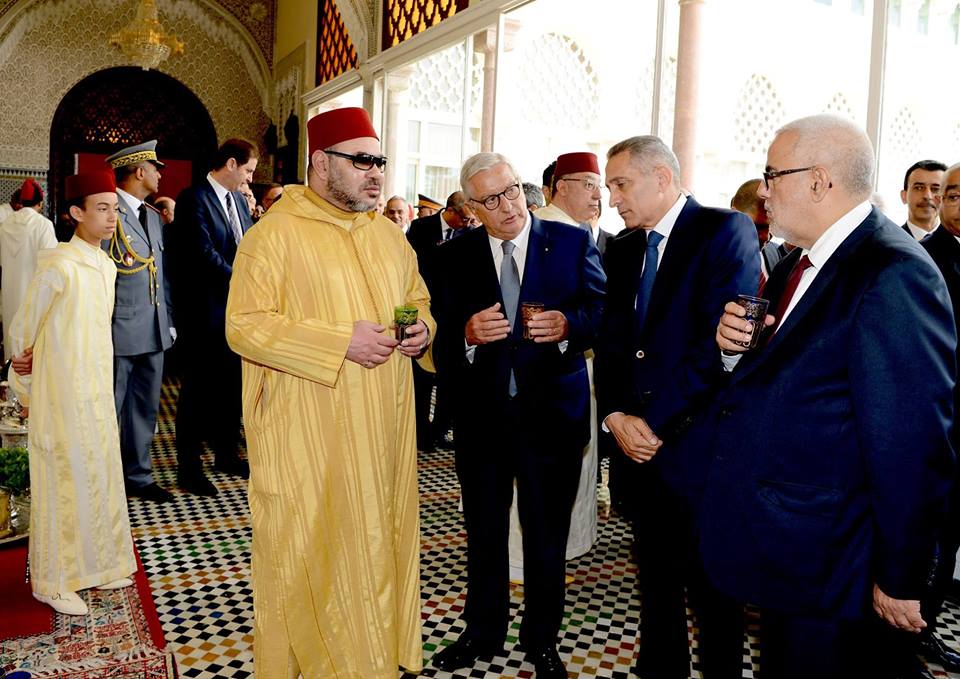 The French car-maker Renault which has established a plant in the Tangiers free zone in 2012 is expanding its operations in Morocco through a new structural project dubbed “Renault Ecosystem.”

The new project that was launched by King Mohammed VI on Friday in Rabat is worth more than $1 billion and is expected to yield an additional turnover of almost $2 billion a year.

The project is to develop a global platform of supply to the manufacturer which will triple the amount of its purchases of parts wholly manufactured in Morocco. The new ecosystem will also create 50,000 new permanent jobs, multiplying thus by three folds the number of jobs generated by Renault, said Minister of Industry Moulay Hafid Elalamy during the launch ceremony of the project.

This structuring project will further consolidate the world positioning of Morocco as a hub for automotive industry, said the Minister who is the initiator of the industrial acceleration plan launched in 2014.

According to Elalamy, who is also Minister of Investment and Digital Economy, the Kingdom’s stability at the political, social and economic levels, its attractiveness and good governance helped the Renault group to develop rapidly.

The Renault plant in Tangiers which builds Lodgy and Dokker, from pressing to body assembly, paintwork and final assembly, started operation with an initial production capacity of 170,000 vehicles a year. In 2015, the production stood at 288,000 vehicles, out of which 256,500 were exported to more than 20 European and Arab countries, and production capacity is expected to quickly increase to 400,000 vehicles a year. Renault group produced 2.8 million vehicles worldwide in 2015. Moulay Hafid Elalamy indicated further that automotive ecosystems anchor more the industry sector in the kingdom’s economy. These ecosystems will enable to double the number of jobs created up to more than 160,000 by year 2020, and boost car exports that will amount to over $1.0 billion a year, he said.

The group’s operations director for the Africa-India-Middle East Region, Bernard Cambier, said that Morocco is among the countries that have made a most outstanding progress in the field of industrial manufacturing quality. The quality of products made in Morocco is now recognized in our group, he said, adding that one of this new ecosystem challenges lies in carrying on the progress made and vying for excellence.

The Moroccan workforce in the Tangiers plant has been trained in the automotive training institute, opened in 2011.

In the first quarter of 2016, Renault passenger car sales in France rose by 8.8%, against 8.2% growth in the French motor market.