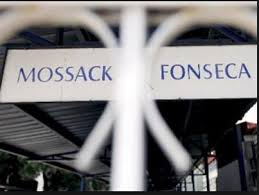 Being discreet in business does not necessarily means illegal practices, wrongdoings or a desire to seek tax heavens, says Hicham Naciri, defense attorney of the private secretariat of King Mohammed VI.

In an exclusive interview with Media24 online digital newspaper following the leak of more than 11million documents from the Panama-based law firm Mossack Fonseca, prompting upheaval around the world, Naciri said that some people rush to make deliberately a direct link between business privacy and deceit in a bid to create confusion in people’s mind to serve a particular agenda.

The Panama Papers were leaked to the German daily Süddeutsche Zeitung, which shared them with the Washington-based International Consortium of Investigative Journalists and other worldwide media organizations.

Commenting on the French daily report, attorney Naciri says it is unfair to put fraudsters and transparent people in the same basket, stressing that the royal family businesses are crystal-clear, transparent and well-organized.

Many of these businesses are listed on the Casablanca Stock Exchange, regularly undergo tax review and go through the same process as other companies. They do not benefit from any special treatment.

Naciri spoke of the two companies mentioned in the leaked papers, namely SMCD Limited, registered in the British Virgin Islands, and real estate Orion, registered in Luxembourg and of the purchase of El Boughaz schooner and a Paris mansion through these companies.

He stressed that there were no concealment or cover-up. All was legally registered, declared and made in a transparent way in accordance to fiscal laws.

According to Naciri, top legal and tax firms supervised all Moroccan operations to ensure their full compliance with tax regulations and relevant laws.