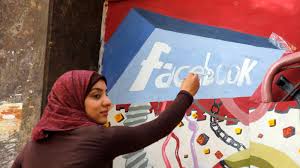 Egypt has reportedly decided to block Facebook’s Free Basics Internet service because the company rejected its request to spy on its users.

Cairo stated that Etisalat, a mobile carrier and the service provider, was offered a two month temporary permit when authorities suspended the service on December 30.

Free Basics is considered a humanitarian project by Facebook as part of efforts to increase the number of its users among low-income customers and also enable them to have access to certain websites without paying for the service or data. The accessible sites are chosen by Facebook and the service provider.

Spokesman Mohamed Hanafi of the Egyptian Ministry of Communication said that “the national telecommunication regulator saw the service as harmful to companies and their competitors” leading to the suspension.

There were more than 3 million Egyptians using Free Basics Internet service of which 1 million never had access to internet according to Facebook.

Neither Facebook nor Etisalat were willing to comment on Cairo’s request to conduct surveillance on users as reported by several sources. When the suspension was announced in December, Facebook stated that it was “disappointed” and hoped “to resolve” the matter.

Privacy over the internet has been a thorny issue between social media platforms, mobile producers, service providers and governments over the years but Facebook’s Free Basics Services continue to be available in 37 countries. In September, the company upgraded the services security protections enabling it to connect directly with encryption to secure sites.