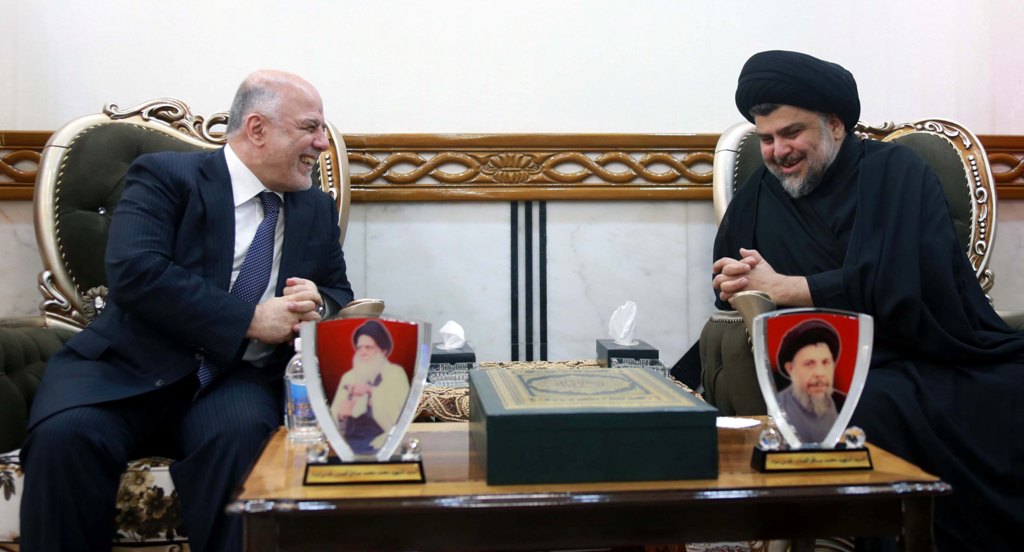 Muqtada al-Sadr and his supporters ended their sit-in protests in front of the Green Zone in Baghdad after Prime Minister Haider al-Abadi submitted a list of cabinet nominees to the parliament.

The prominent Shia cleric has however urged the protesters to “continue organizing demonstrations after Friday prayers” in their areas to demand reforms. Both the Parliament and Sadr had their deadlines for a cabinet reshuffle expiring on Thursday.

Abadi said the new cabinet was “chosen on the basis of professionalism, competence, integrity, and leadership ability.” The number of ministers was reduced from 21 to 16 and only the Interior and Defense ministers were retained in the reshuffle “given the hard situation” that the country is facing in battling the Islamic State group.

The Parliament has ten days to hold a vote of confidence and Sadr warned that failure to support it would oblige him to renew his call for a vote of no confidence. Al-Sadr’s ‘Ahrar’ bloc in Parliament holds 34 seats in the 328-seat institution.

Sajad Jiyad, an Iraqi political analyst said the nominees have academic credentials and are experienced after working in senior executive or management positions. MP Assad al-Muttalabi said the cabinet reshuffle came at “a very sensitive time” because the country is in “an open war” with the Islamic State and “our finances are not in very good shape.”

The protests led by Sadr were calling for a government of “technocrats” free of corruption and sectarianism. Among key appointments, Nizar Salem al-Numan was named oil minister, prominent Shia politician Ali Allawi was named finance minister, and Sharif Ali bin al-Hussein, a relative of Iraq’s king, deposed in 1958, was given the slot of foreign minister. Sadr said Abadi made a “brave step” in the reshuffle.