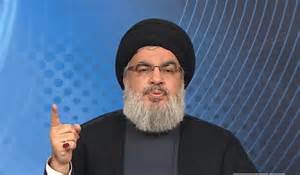 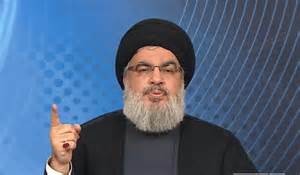 The Mustaqbal parliamentary bloc cautioned Hezbollah for its actions and Secretary General Hassan Nasrallah for his statements warning that “persistent attacks against the (Saudi) kingdom and Arab countries undermine the interests of the Lebanese people, as well as their stability and source of income.”

The bloc, after its weekly meeting, alleged that Hezbollah contributed to the “problems” of the Lebanese due to its “involvement in the conflict in Syria and other Arab countries.” It also criticized Hezbollah for delaying the election of a president.

Nasrallah in an interview aired Tuesday by the Al-Mayadeen TV channel, on the occasion of Mother’s Day dedicated to the mothers of martyrs for raising their sons as Hezbollah freedom fighters, said the only disagreement they have with the Mustaqbal bloc is the electoral law and they will continue to support proportional representation rather than the concept of partnership.

He renewed his group’s support to the presidential ambitions of Amal Movement’s Michel Aoun “as long as he is a candidate” underlining that “we want a strong president who doesn’t fear some regional states.”

Secretary General Nasrallah scolded the Arab States once more claiming that they are engaged in a one-sided cooperation with Israel. “According to the Israeli confessions, some Arab regimes clearly supported the Israeli war against Lebanon in 2006,” he said. He added that “Israel does not respond to the Arab regimes’ demands, but some Arab countries work for the sake of the Israelis.”

Relations between Hezbollah and Arab States are tense. Nasrallah stressed that “Hezbollah does not want to launch a war, but the Resistance will employ all means to defend Lebanon in case of any Israeli aggression” before boasting of their military facilities and the threats they pose to Israel.