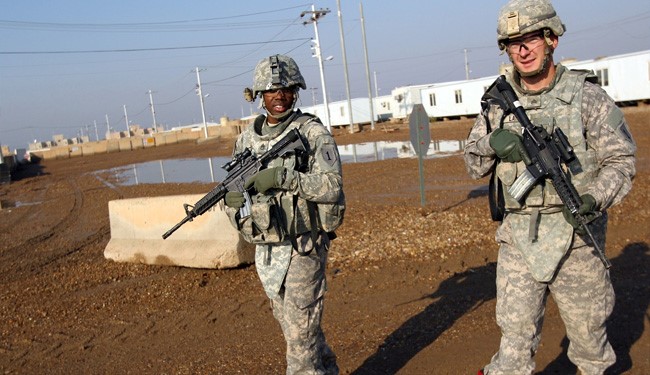 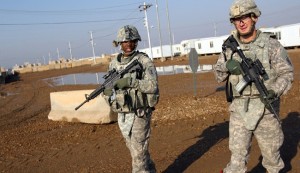 The US has admitted to having established a base in Iraq after the site came under attack for the second time on Monday by militants of the Islamic State group.

Iran-backed Asaib Ahl al-Haq (League of Righteous) militia group that is allied to the US in fighting the extremist group also warned that deployed American troops will be considered as “forces of occupation” and urged Washington to “withdraw” them.

Spokesman of the coalition forces in Baghdad, Colonel Steve Warren, said the artillery outpost called “Fire Base Bell” is two weeks old and serves as a “force protection” for Iraqi troops and US military advisers at Makhmur as they prepare to assault Mosul.

This is the first time that the US publicly admits that it has a base in Iraq since the operation against ISIS began but Warren said it is the first “only American” base.

Britain’s Daily Telegraph reported that the League of Righteous through its al-Ahd TV channel vowed to “deal with them as forces of occupation” if not withdrawn “immediately” because they are “making a new suspicious attempt to restore their presence in the country under the pretext of fighting their own creation, Daesh (Arabic acronym for ISIS.)”

Warren claimed “we kind of generated a fire base” to provide protection to US military advisers and the artillery is to “provide great protection.” He said positioned troops are around 200 but they are not allowed to take action without any security threat to American or Iraqi forces at the Makhmur training camp.

The second attack didn’t lead to any casualty or injury but the 19th march attack led to the death of Marine Staff Sergeant Louis Cardin.