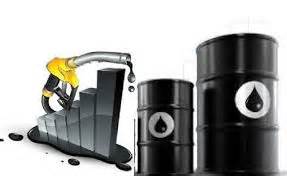 Qatar’s ministry of energy and industry said the meeting between OPEC members and oil producing non-OPEC countries to be held in April is aimed at reaching “an agreement among producers on freezing their crude output at January levels in order to reduce the excess supplies on world markets in everyone’s interest.”

However, it seems like Iran and Libya are not interested but Saudi Arabia is willing to finalize the deal with OPEC members and Russia during the meeting.

The Qatari ministry said all 13 OPEC members including Iran have been invited but Oman, a non-OPEC member, is yet to receive an invitation. The meeting will be a continuation of the first round of talks held in February between Qatar, Russia, Saudi Arabia and Venezuela.

Tehran had termed the proposal “laughable” at first but Russian Energy Minister Alexander Novak stated last week that Iran is “ready to participate” and it has “reasonable arguments” to be exempted from the freeze as it is just returning to the global market and “may join us in the freeze with time.” Novak added that “this is a normal constructive position from our Iranian partners.” Iran wants to increase its production. It pumped 3.1milion barrels per day last month as efforts continue to reach pre-sanctions level of 4million.

Meanwhile, a Libyan OPEC delegate in London said they will not be at the meeting because “clearly, they have to allow us to go back to our production when the security situation in the country improves.”

Iraqi oil ministry spokesman Asim Jihad said “freezing output is a step in the right direction” and Baghdad has “no objections to take into consideration the special condition of some states, we think everything can be solved through dialogue.”