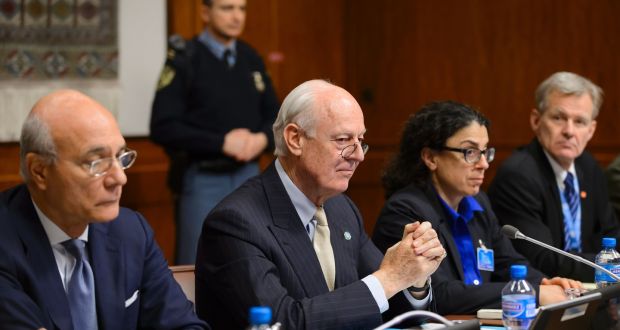 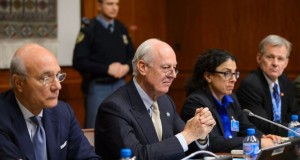 The Syrian war clocked five years this week and peaceful efforts to end it are going at a snail’s pace in the latest round of peace talks in Geneva.

Negotiations are still being held indirectly and both sides still have different priorities on their agenda with both sides demanding that their demands be met by the other party before proper peace talks can be held.

UN Special Envoy for Syria, Staffan de Mistura, hopes that the government and opposition will reach a “minimum common platform” in the upcoming week.

More than half of the Syrian population is seeking refuge outside of the country and hundreds of thousands have been killed since what started as a political demonstration against the Assad regime slowly turned into a civil war and a war against Islamic extremism.

Amid the unsuccessful peace efforts, the most effective step towards calming the situation was experienced in the past couple of weeks when Russia and the US, supporters of the government and rebel forces respectively, bilaterally agreed to uphold a ceasefire that excluded extremist groups such as the Islamic State group and al-Nusra. The truce has been upheld despite numerous violations from both rebel and government forces.

General Lloyd Austin, commander of US armed forces in the Middle East, said the US is planning to reshape its failed military training program of rebel groups by training very small groups to be reintroduced back into the fight within a short period. Pentagon said the approach will be “more narrowly focused” while the spokesman for the US-led military coalition in Baghdad Colonel Steve Warren said the program will be “part of our adjustments to the train-and-equip program built on prior lessons learned.”