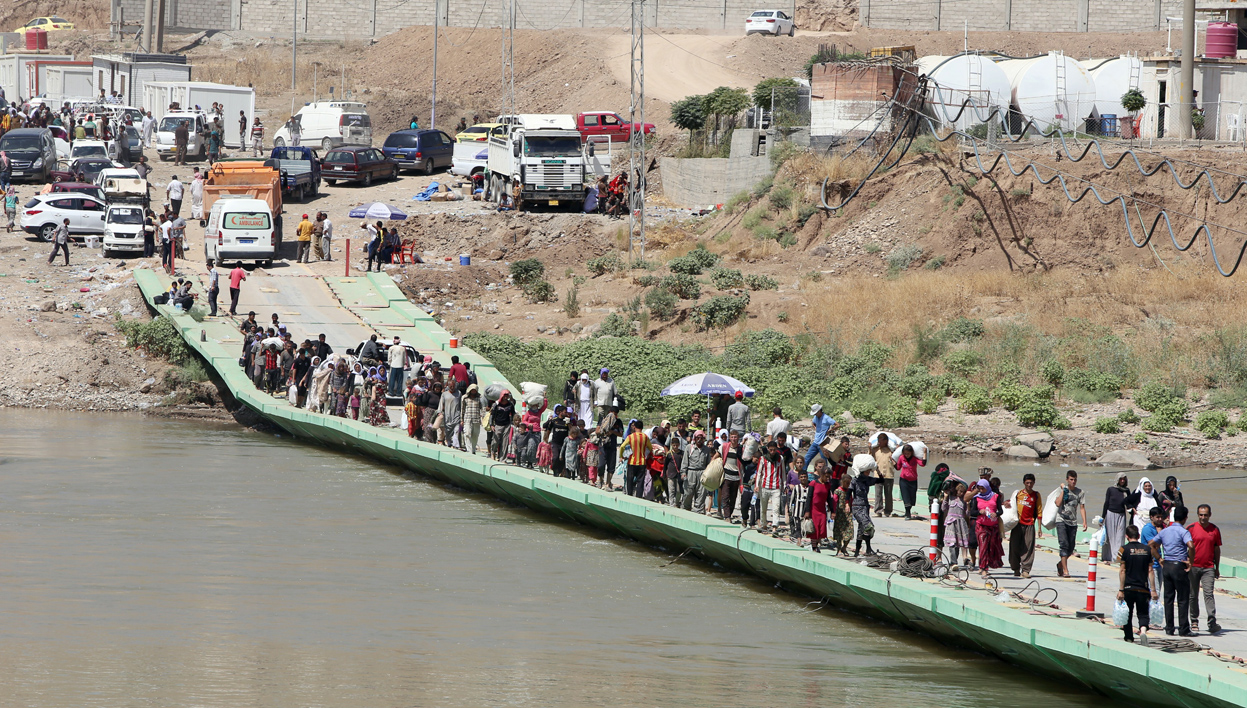 The border between Iraqi Kurdistan and Kurdish controlled areas, often closed for security or technical reasons, was closed on Wednesday afternoon by Iraqi authorities which gave no formal explanation for the move.

The crossing point is located between Fishkhabur in Iraq’s autonomous Kurdish region and al-Malikiya in Syria’s Hassakeh province. It is a sensitive area because of its strategic location which makes it an intersection between Iraqi, Syrian and Turkish borders.

Analysts believe the closure was a politically motivated because it happened on the day authorities in the Syrian controlled Kurdish areas were set to announce the formation of a central government.

Kurds control three towns in northern Syria and forming a federation would bring them a step closer to their reported plans to have their own independent state with territories from Syria, Iraq and Turkey.

Meanwhile, the Islamic State (IS) group claimed that a missing Cessna 208 Caravan single turbo-propeller military plane of the Iraqi Air Force was brought down by its militants in the northwestern town of Kirkuk.

The group’s claim could not be independently verified but Amaq news agency, a pro-Islamic State media house, posted a video footage showing the plane falling in the city of Hawija and wreckages of the aircraft on the ground surrounded by human remains.

There are conflicting reports however over the number of casualties with the extremist group claiming five people and the Iraqi military stating that only three people were on board. Brigadier General Yahya Rasool said the aircraft was on reconnaissance and combat mission. IS claims the aircraft was bombing the city of Hawija.