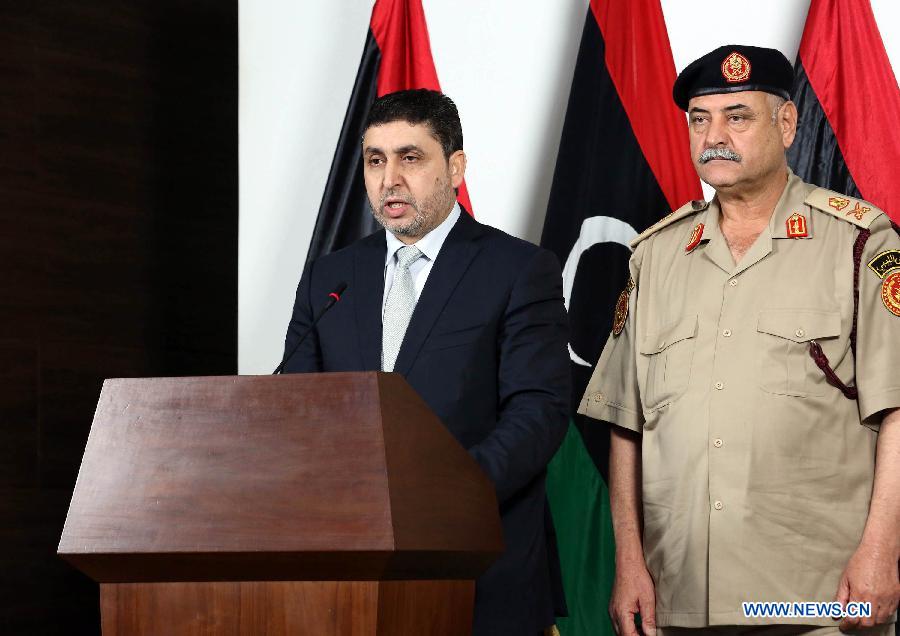 Prime Minister Khalifa Ghwell of the Tripoli-based government warned the Tunisia-based Government of National Accord (GNA) formed under the U.N-backed Libya Political Agreement not to attempt entering Tripoli as a “government” because they would be arrested. He said they could freely enter the capital as Libyan citizens but not as a government.

Ghwell said the only government that they would hand over power to would be the one formed under the “Libya-Libya” dialogue.

At the beginning of the week, the Presidential Council based in Tunisia called on all Libyan institutions to hand over power to the GNA in a “peaceful and orderly manner” because majority of the members of the Tobruk-based parliament signed a document giving it the “green light to start work” and the Prime Minister-designate Faiez Serraj said there are plans to land in Tripoli during the weekend.

A statement from Tripoli, in reaction to the announcement, stressed that “a government that has been imposed from abroad without the consensus of Libyans… has no place amongst us.” Ghwell also stressed that the GNA would be violating the law if they “enter Libya as a government… and they will be treated according to the law.”

At the moment, Libya practically has three governments including the GNA although the latter, contrary to the two others, does not control any territory. The Islamic State on the other hand could be considered as a fourth authority controlling Sirte and other coastal areas.