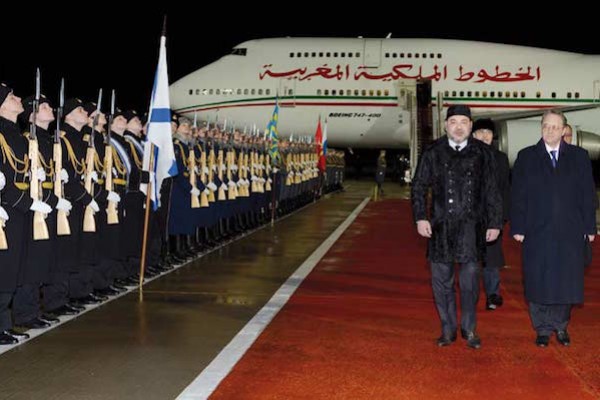 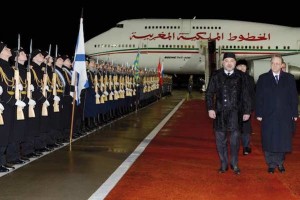 The historic visit King Mohammed VI is paying to the Russian Federation starting Sunday ushers in a new era of cooperation between the two countries looking forward toward building a common future.

During this landmark visit, which takes place in a particular international juncture in the Middle East and the Arab world, the Moroccan Sovereign will hold talks with Russian President Vladimir Putin.

The two leaders will also chair the signing ceremony of several bilateral agreements destined to strengthen further partnership between the two countries.

Morocco and Russia have long-standing relations based on mutual respect and shared resolve to set out a sound model of partnership between a leading world super-power and an emerging country which enjoys political stability and sustained socioeconomic development in a troubled region.

Moroccan-Russian relations date back to 1777, when Sultan Mohammed III Ben Abdallah reached out to Empress Catherine II of Russia to set up contacts and trade between the two empires.

Russia opened a General Consulate in Tangier in 1897 while diplomatic relations between the ex-Soviet Union and Morocco were established in 1958.

Despite their divergent socioeconomic and political systems during that era, the two countries have maintained political relations based on mutual respect and non-interference in each other’s internal affairs.

The ideological differences between Morocco and the ex-USSR did not prevent the two countries from regarding each other as a positive partner sharing mutual strategic interests.

The Moroccan-Russian relations are governed by a number of cooperation agreements in the fields of economy, technologies, culture, sciences, trade, air transport, fishing…

Relations between Rabat and Moscow continued after the collapse of USSR. And since then, in the era of both the late President Boris Yeltsin and the current President Vladimir Putin, relations between the two countries have been gaining momentum. The North African Kingdom has become now one of the most important strategic partners of Russia in the Arab world and Africa.

King Mohammed VI had visited Moscow in 2002. This visit was crowned with the signing of a strategic partnership declaration, setting a road-map for a win-win cooperation in trade, information technology, fisheries and various other sectors.

In their joint declaration, the two countries had also pledged to enhance political consultations and economic and parliamentary cooperation. They had sealed an important memorandum of understanding between the state-owned space corporation Roskosmos and Royal Centre for Remote Sensing in space technologies.

For his part, President Putin visited Morocco on 7 September 2006. These top visits gave a new impetus to diplomatic relations and coordination between the two countries in international fora thanks to their convergent views regarding several regional and international issues of common interest.