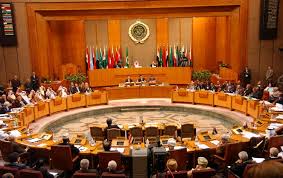 After some delay, Ahmed Aboul Gheit, who served as Foreign Minister from July 2004 until the ousting of President Hosni Mubarak’s government in 2011, was finally elected as Arab League Chief in replacement of Nabil El-Araby whose mandate will be ending on June 30.

A diplomatic source said Qatar opposed the nomination of Gheit without giving further information but it can be recalled that the Gulf State is a strong supporter of President Morsi and had been accused of trying to incite division and violence in Egypt after a military-backed coup d’état led by Sisi toppled the government a year after it was elected. Doha had welcomed the end of Mubarak’s regime.

Sudan was also against the choice, but Saudi Arabia and Egypt finally intervened to convince both Qatar and Sudan to change their minds.

The opposition to Gheit’s election as the Arab League Secretary General translates the divisions marring the Arab world body and brings back to minds Morocco’s refusal to host the organization’s annual summit this year. Rabat explained its decision by the Arab World disunity.