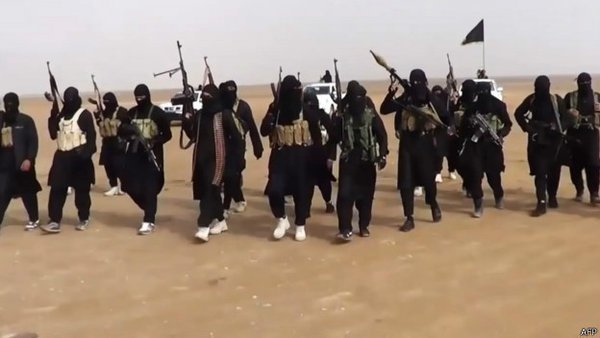 The annual report of the United Nations sanctions monitors on Libya to the Security Council warned that “the rise of ISIL in Libya is likely to increase the level of international and regional interference, which could provoke further polarization, if not coordinated.”

The UNH monitors fear that battling the group could be tough because it has been “spreading a nationalistic narrative, portraying itself as the most important bulwark against foreign intervention” to be probably undertaken by European countries.

The extremist group is not expected to have financial maneuvers of the state’s finances or the SWIFT system because bank employees in its controlled area of Sirte told the monitoring team that systems were either damaged or outdated. Most of the fighters are Sudanese, Tunisians and Turkish. Concerns of the group expanding its activities to neighboring countries increased following clashes in a Tunisian border town, Ben Guerdane, and the government claimed that IS wanted to establish an “emirate” there.

France, one of the leading countries that led the no-fly zone campaign with the UK against Gadhafi’s forces, is not pleased with the political standoff in Libya. Foreign minister Jean-Marc Ayrault said although the establishment of a national unity government is a “precondition” to fighting the extremist group, “we can’t wait any longer. It’s enough.” He called on EU ministers to sanction those blocking the government’s approval at its next week meeting because the situation is dangerous and threatens Europe.

In an interview published by Atlantic magazine, US President Barack Obama lamented he had “more faith in the Europeans, given Libya’s proximity, being invested in the follow-up,” but the situation has turned into a “mess.” He said President Sarkozy of France was interested in claiming glory and Prime Minister Cameron got distracted during the campaign.