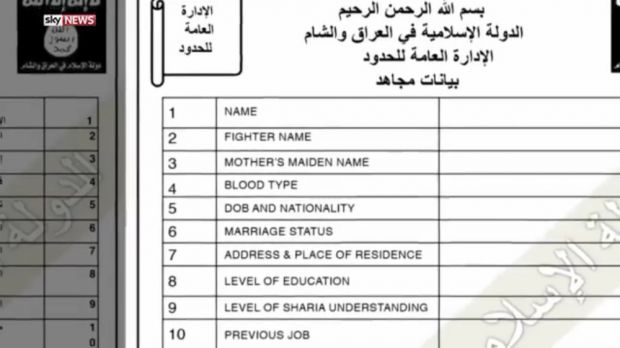 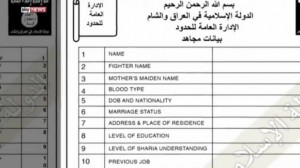 British TV channel Sky News said it has obtained precious inside data on Isis militants, showing thousands of documents, containing names, addresses, telephone numbers and family contacts of jihadists.
The documents showed personal details of 22,000 nationals from 55 countries around the world including North Africa and the Middle East. The Isis militants had to fill a registration forum giving up personal information before joining the terror extremist organisation.
These details were stolen from the computer of the head of Islamic State’s internal security police. They were saved in a memory stick and leaked by an ex-Isis member who calls himself Abu Hamed. He is a former Free Syrian Army fighter who joined to Islamic State.
Disillusioned with the Isis leadership, he says the terror organisation has now been taken over by former soldiers from the Iraqi Baath party of Saddam Hussein.
According to some experts, the stolen files are a goldmine for intelligence community, saying the details show the countries visited by the terrorists, their fighting experience, their special skills et their sponsors.
This insider information can also be used to destroy the terror organisation, disrupt its recruiting networks and foil its plans seeking to carry out high-profile attacks in Western countries, according to some security experts.
The territory under the control of Isis militants is shrinking under US-led multinational coalition bombings targeting its positions, first in Iraq and then Syria.
The international pressure is building. It is only a question of time before turning the page of the horror and terror of the Isis to restore peace and order to the region hijacked by the religious fanatics.