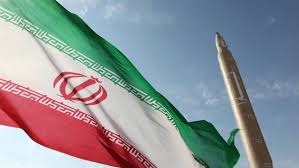 The test could incite a new round of diplomatic tussle between Iran and the US. State Department spokesman Mark Toner said they would seek an “appropriate response” at the UN Security Council as well as “continue to aggressively apply our unilateral tools to counter threats” of the program if the test is confirmed.

Diplomats say the UN is not expected to react. Russia and China, which have veto power, made clear during negotiations on the Iran nuclear deal they did not agree with continuing the UN restrictions on Tehran’s missile program and arms trade.

The test comes only two months after Washington imposed sanctions on businesses and individuals linked to the missile program.

Brigadier General Amir Ali Hajizadeh, commander of IRGC’s aerospace branch, said the tested missiles hit targets 700km away although television reports only showed the footage of a missile being fired from a fortified underground silo at night. He claimed that “our main enemies are imposing new sanctions on Iran to weaken our missile capabilities” but vowed that they “refuse to bow to their excessive demands” hinting that ballistic missile tests will continue.

IRGC’S website said the test was a show of “deterrent power” and “ability to confront any threat” against the state and its territorial integrity.

Iran’s deputy foreign minister Abbas Araqchi on Tuesday told Iranian officials shortly after the test that “there will be no reason for us to continue” adhering to the nuclear agreement if the country’s “interests are not met.” Iran says the Emad and other missiles are for use as a conventional deterrent.