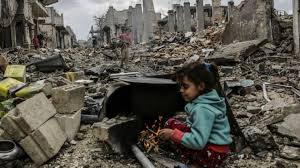 The UN-led talks to end the Syrian war will begin in Geneva on Wednesday but key actors of the crisis are expected to arrive on Monday.

Special envoy Staffan De Mistura said they are ready to receive participants. The Assad government confirmed that it will arrive on Monday while the head of High Negotiations Committee (HNC) Riad Hijab said it will send a small delegation to meet the international task force monitoring the US-Russia negotiated ceasefire in Syria.

HNC spokesperson said they are “discussing whether to attend the talks this week.”

De Mistura’s spokeswoman, Jessy Chahine, said the talks will begin on Wednesday afternoon and “preparatory meetings” will begin ahead of “substantive discussions” expected to commence “latest on March 14.” She said the delay is due to the “very logistically challenging” organization because a major car show in the city had filled all the hotels leading to the arrival of the participants on different dates.

The Syrian war is nearing its sixth year and a report released by World Vision estimated that the country’s economy has lost $368 billion.

The report took into account the market stocks destroyed and the loss of human capital. More than half of the country’s population has fled and more than 250,000 has been killed. The World Vision report estimated the cost of the conflict by looking at what Syria’s economic growth most likely would have been had the war never broken out.

Meanwhile, there are reports that top IS Commander Tarkhan Tayumurazovich Batirashvili alias Omar the Chechen was killed by a US airstrike near Shaddadi along the Iraqi-Syrian border. The Syrian-based Georgian national had a $5 million bounty on his head by the US.