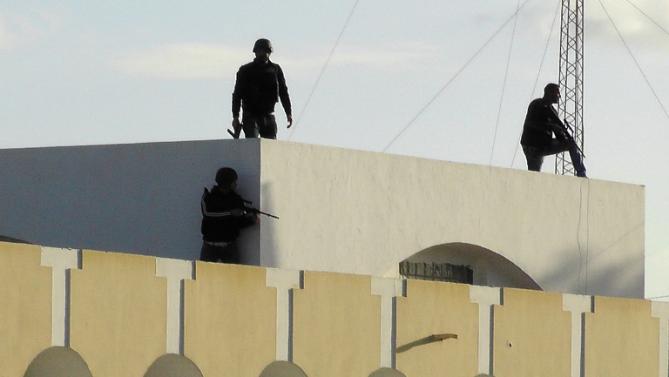 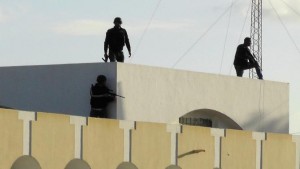 Following the terrorist attacks that targeted Monday at dawn a military barracks and two National Guard stations in Ben Guerdane, Tunisian Prime Minister Hassid Essid said the assault by the Islamic State group was meant to set up a stronghold on the border with Libya.

The goal of this unprecedented, planned and organized attack was probably to take control of this area and to announce a new emirate, said the Tunisian Premier in a televised statement.

The fierce clashes between the attackers, armed with heavy weaponry, including rocket-propelled grenades, and Tunisian security forces that lasted for several hours killed 53 people, including 36 assailants. Security forces lost 11 men while 7 civilians were also killed in the process.

Premier Essid hailed the “rapid and efficient response” of the security forces and announced that authorities are closing border with Libya, decreeing a curfew in the eastern town of Ben Gardane and conducting large-scale combing operations in the area.

Clashes between armed groups and Tunisian security forces have increased recently along the country’s border with Libya and Ben Guerdane is considered as a gateway to the war torn country because of its strategic location. It is known to be a major point for trafficking and smuggling.

Tunisia launched a security and military campaign last week stating that terrorist groups have secretly entered the country, despite the 200 km-long wall recently built at the border with Libya. The wall only covers about half of the border line. Analysts think that militants of the Islamic State group in Sabratha, Libya, could be fleeing to Tunisia after the February 18 US airstrike on a training camp killed dozens of fighters, including Tunisians, and hostilities against the group increased in the city.

Tunisia has suffered several terrorist attacks over the past couple of years. The most deadly assaults in 2015 were reportedly planned in Libya and carried out by Tunisians trained in IS camps in the war-torn country.