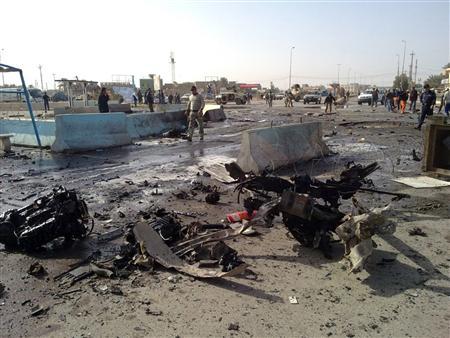 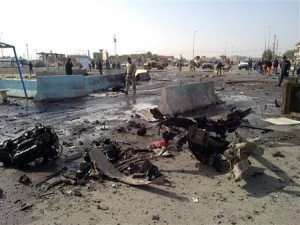 A suicide attack in Hilla, 95 kilometers south of Baghdad, claimed by the Islamic State (IS) killed at least 60 people and wounded dozens on Sunday making it the second most fatal single attack since the beginning of the year after the February 28 attack in Sadr City which killed 78 people.

A fuel tanker loaded with explosives was used in the attack at a security checkpoint at the entrance of the city and a statement by IS posted on a website called the attack “a martyr’s operation” against Babylon Ruins checkpoint. Hilla is the capital of Babylon province and a predominantly Shia region.

Falah al-Radhi, head of the provincial security committee, said the attack on Sunday is “the largest bombing in the province to date” and the checkpoint, a police station nearby, houses and dozens of cars were all destroyed.

Most of the dead are civilians as security forces make up around 23 of the total casualties. According to United Nations figures, at least 670 Iraqis were killed last month in the continuing violence, of which about two-thirds were civilians.

The escalation in Islamic State bombings suggests that Iraqi government forces are being stretched thin after their recent gains against the group in the Western and Northern provinces. US envoy to the coalition against the Islamic State, Brett McGurk, said the extremist group is losing the battle in Iraq and Syria but underlined that efforts should be made to stabilize cities that have been freed.

Suicide attacks in Baghdad and around its neighboring provinces have intensified recently with explosions targeting public areas, government buildings and crowded areas. The government however continues its fight against the IS and has made numerous territorial gains.