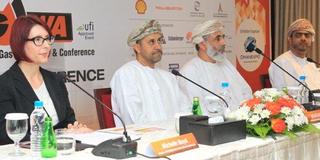 Oman could be on the verge of introducing Enhanced Oil Recovery (EOR) which uses the techniques of chemical, thermal or gas injection to extract between 30 and 60% of oil from reservoirs instead of the 20 to 40% obtained through conventional method.

EOR is “more expensive” than the conventional methods but Sultan Ali Shidhani, engineering manager at Petroleum Development Oman (PDO) said the implementation is reasonable because most organizations are really working hard on how to reduce cost, how to optimize development, and how to collaborate better through sharing technology development. Experts claim that despite being costly, the technique is profitable in the long run.

EOR will be given a serious thought at the upcoming Oil and Gas West Asia (OGWA) Exhibition and Conference to be held in a fortnight in Oman.

Salim Al Salmi, reservoir characterization manager and chief petro physicist, argued that EOR is a “long-term project” that give “comfort” to investors and other oil operators because it “could survive low oil prices” despite the cost involved.

The low global oil prices have heavily impacted Oman’s finances and Salmi thinks that adopting EOR “could bring a better future for the Sultanate.”

The government is trying to diversify its heavily dependent oil-economy. A trade and economic delegation headed by Commerce and Industry Minister, Ali bin Masud bin Ali al-Sunaidi, visited Iran recently in a bid to strengthen trade between the two countries.