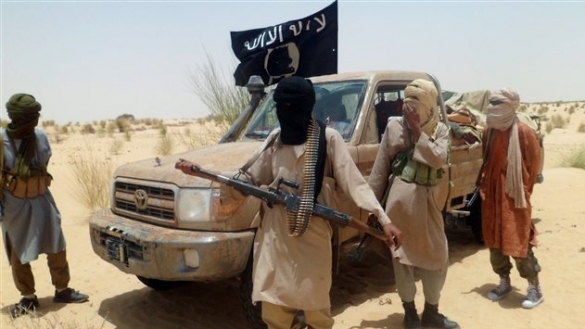 n the Islamic Maghreb (AQIM) planned a ceasefire agreement with Mauritania in order to focus on Algeria.

In an undated file made public on Tuesday, AQIM wanted a peace deal with Nouakchott wherein both sides will refrain from carrying out “any military activity in Mauritania” for a year and a compensation fee between €10 and €20million in order to “prevent the kidnaping of tourists” by the extremist group. The proposal is believed to have been made around 2010 and AQIM was seeking legal advice from al-Qaeda’s management as to whether it was “permissible” to have a truce with “apostates” according to a translated US government version.

It is unclear if the proposal was approved by Al-Qaeda or if AQIM was able to seal a “secret” deal with the Mauritanian government. A legal counsel to Mauritania’s president, El Housseine Ould Nagi denied any agreement with the group saying “we have always been against paying ransoms and indirect financing of terrorism. Consequently, there has never been a secret accord between us and those people.”

Mauritania has been safe from terrorist attacks for the past couple of years but there have been numerous escapes of AQIM members from its prisons with the latest dating back a couple of months. Part of AQIM’s plan under the ceasefire would be the release of its militants held in Mauritanian prisons.

Olga Bogorad, an independent security analyst specializing in extremist groups, said it was possible that Mauritania was playing a double game.