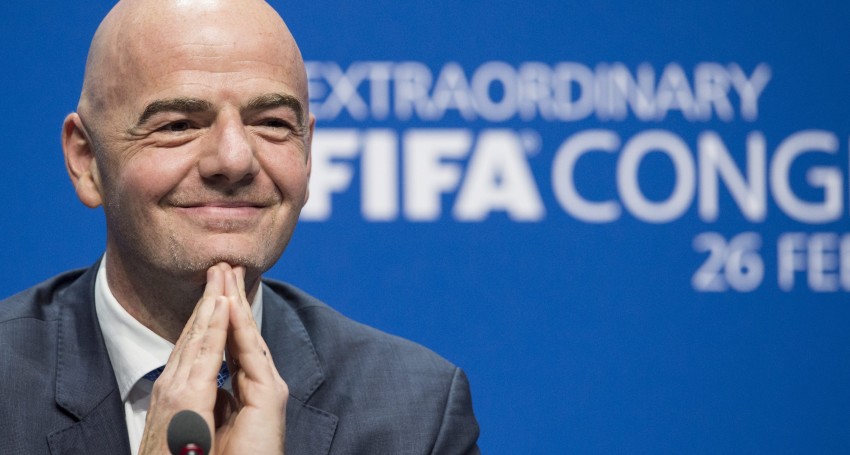 Qatar has received reassurances from the newly elected FIFA president Gianni Infantino that the hosting of the 2022 World Cup is not at stake following allegations that Doha used illegal financial means to gather votes from member states and decision makers.

Infantino, elected on Friday, started work at the global body’s headquarters in Zurich on Monday where he stated that “it’s now necessary to organize the best World Cup in history in Russia in 2018 and in 2022 in Qatar.”

The Gulf State has already began construction works of the facilities ahead of the month long event but it still faces criticism for its labor laws and the living conditions of laborers working at the construction sites.

Logistics and housing have been forecasted to be a major problem for the event almost six years away and it has for the first time been moved away from the summer to winter to escape the scorching sun.

Qatar will be the first country in the Middle East to host the World Cup and authorities are determined to live up to the challenge. The ongoing works have helped to discover some of the country’s history after contractors excavating the site for the construction of the Qatar Foundation Stadium dug up rocks dating back to 20 and 30 million years.

The discovered rocks are part of the Dammam geological formation which Professor Hamad al-Saad said showcases that the area was once “underwater” because “the Dammam Foundation in generally represents a period of flooding.” He said it shows that Qatar used to be covered by the ancient Tethyan Sea.