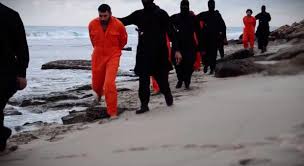 Libya’s adjacent neighboring country lying over the northern side of the Mediterranean Sea is willingly to take a primary role in the activities of foreign troops that would fight the Islamic State in the war torn country according to US Secretary of Defense Ash Carter.

The development confirms reports that Western countries are planning a military intervention in Libya although they claim that it would be with the approval of the country’s unity government that is still battling to have a vote of confidence at the Tobruk-based parliament.

Carter said Italy “offered to take the lead” in Libya as part of an international military coalition and the US has promised to “strongly support them.” He underlined the European country’s geographical advantage saying it is “so close” to the North African country while hoping that the intervention and the approval of the government would be done “as soon as possible.”

Carter said he is “certain” that a national unity government “will want help and the international community will help” as he fully expects it to “welcome not just the United States but the coalition.”

The Tobruk-based parliament enjoys international recognition contrary to the one in Tripoli and has to vote on the approval of the unity government reached in a UN brokered agreement but its members are divided over the proposed cabinet members and which of the constitution, the agreement or the unity government should be voted first.

US defense secretary said the important thing is to get a government “that can win the support of all of the many factions” to avoid a “disordered state” favorable to the growth of the Islamic State.

Meanwhile, banks in Libya have begun facing lack of liquidity as fighting continues.