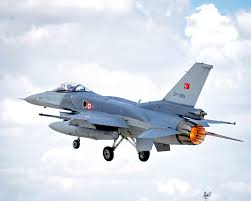 The assault took place on the same day that the Kurdistan Democratic Party (KDP) alleged in a statement posted on its website that the PKK was behind the damaging of the pipeline in the Turkish province of Sanlifura on February 17 that disrupted exportation through Turkey for a week.

Sources didn’t state if the airstrikes were linked to the allegations of the KDP that rules the semi-autonomous Kurdistan region in Iraq. Spokesman Sefin Dizayi of the Kurdistan regional government said sabotaging the pipeline “has happened several times before” as he accused the armed group of seeking to undermine the exportations.

The regional government generates around $380million per month from oil sales but has been struggling over the past few months to pay the salaries of civil servants.

The warplanes that bombarded the mountains took off the airbase in Diyarbakir province in south eastern Turkey where protests held against military operations and curfews in the city ended with clashes with security forces.

The population claims that the curfews are affecting their way of living as some parts have been under 24hour curfew since December. Ankara has always stressed that it is fighting terrorism and last week began to shell Kurdish armed groups close to its border with Syria.

A fragile peace process fell apart between the government and the PKK over the summer and since then, Turkey has been intensifying its military operations against Kurdish groups especially along its borders with Iraq and Syria.