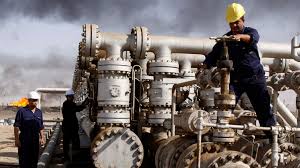 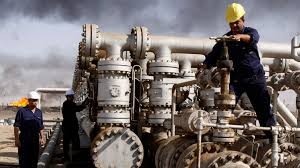 Both countries are OPEC members but want non-OPEC members to play a role to end the fall of oil prices, as the market is oversupplied with between 1million and 2million bpd.

Not much details were disclosed about the Saudi-Nigerian meeting but Riyadh seems to strongly maintain its position that the market will stabilize.

Saudi oil minister Ali al-Naimi told a conference in Houston, Texas, that “the producers of these high-cost barrels must find a way to lower their costs, borrow cash or liquidate.” While admitting that his statement “sounds harsh”, he argued that it is “unfortunately… the more efficient way to rebalance markets.”

If oil producers agree to reduce global supply, prices will hike but Riyadh believes that such a decision will subsidize high cost producers like US shale oil drillers.

Countries are also reluctant to cut production without a consensus of all oil producers due to fears that they will lose their market share. Last week’s oil freeze accord reached by Qatar, Russia, Venezuela and Saudi Arabia was termed politically unworkable by some sides while Iran says it is a “laughable proposal.”

“We have not declared war on shale or on production from any given country or company,” Naimi said, but production cuts will delay “an inevitable reckoning” and “not many countries are going to deliver” in a coordinated production cut.

The deal to fix production at January levels is the “beginning of a process” that could require “other steps to stabilize and improve the market,” the Saudi Oil Minister had said in Doha last week after talks with Russian Energy Minster Alexander Novak.