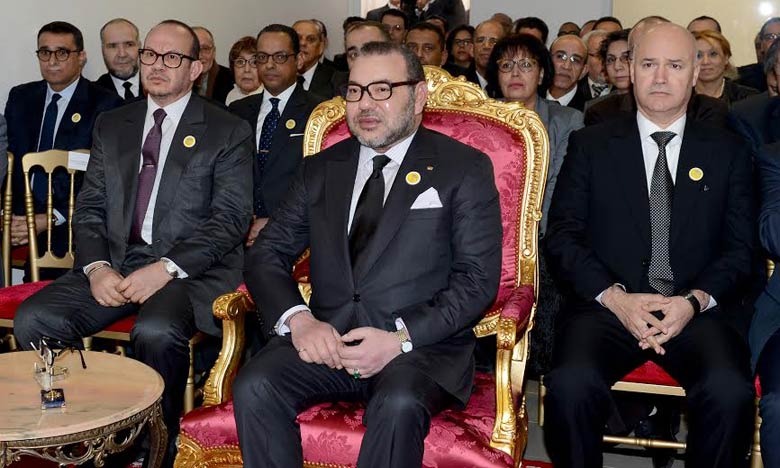 King Mohammed VI who is on a visit to France visited on Tuesday the Kingdom’s consulate general in Orly, in the vicinity of Paris, where he met the sixteen Moroccan Consuls General in the European country and enquired about the measures taken to improve consular services.

The King’s visit to the consulate is a premiere but it was expected since July last year when the Sovereign had drawn a bleak picture of the consular services provided to Moroccan expatriates.

“Several members of this (Moroccan) community expressed dissatisfaction with the treatment they were subjected to in some consulates and complained about the poor services provided, both in terms of quality and deadline, and about administrative obstacles,” the King had angrily said in his Throne Day Speech on July 30.

The King who had renewed his “keen interest in the situation of Moroccan citizens living abroad” and his endeavors “to strengthen their commitment to their identity and to get them involved in the nation’s development process,” had denounced the consuls “who neglect the mission they are entrusted with and focus on personal and political issues.”

He had urged the Foreign Minister to take firm action and remedy the problematic situation in some consulates and to dismiss “those found to be guilty of neglecting their duties, flouting the interests of the Moroccan community abroad or mistreating its members.”

The King had insisted that even if the consulate staff cannot meet the requests of citizens, they should at least treat them “with respect and courtesy.”

“In any event, communication and interaction should be improved and services made more readily available to citizens, while procedures should be simplified and upgraded, and human rights and dignity preserved,” King Mohammed VI had said.

During his visit to the Orly Consulate General, the Sovereign was briefed by the Foreign Minister, Salaheddine Mezouar, on the measures taken to improve consular services and on the action plan and projects designed by his department to this end.

Among these measures, he mentioned the improvement of the reception of the Moroccan expatriates within the premises of consulates, the simplification and modernization of consular services, and the facilitation of administrative procedure in addition to the promotion of cultural and social actions.

After he visited the various departments of the Consulate and enquired about the staff working conditions, King Mohammed VI held a meeting with representatives of the Moroccan community settled in Orly.

At the start of his visit to France last Wednesday, King Mohammed VI held a meeting at the Elysée with President Francois Hollande and attended in the Arab World Institute the presentation of the project related to the construction of Morocco’s House of Culture in the French capital city. The French President had also attended the presentation of this Moroccan cultural project.