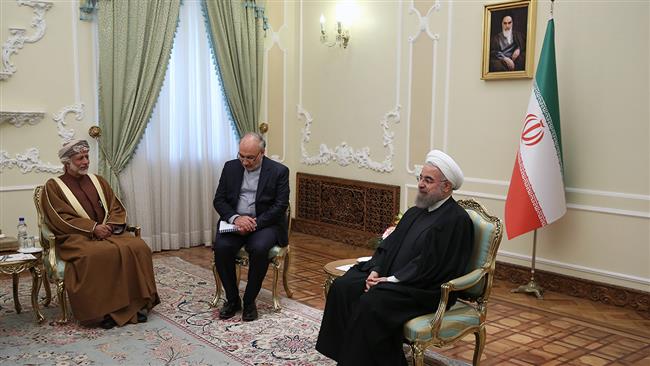 The Iranian president described bilateral ties as excellent and hoped that economic, trade and investment activities will be boosted.

Rouhani called on other regional countries to follow its bilateral trend with Oman. Muscat is known for its neutrality in regional matters and promotion for regional peace and stability.

Alawi affirmed that the relations are steadily growing as Tehran eyes to bolster steel and petrochemical industries.

The visit by the Omani Ministerial delegation was marked by an agreement under which an Iranian automaker will set up a unit in Oman. The two sides also agreed to upgrade their cooperation in matters of ports and banking and to set up joint investment ventures in railroad, maritime, aviation, oil and gas sectors.

Following the facilitation of visa issuance for businessmen, Oman is expecting the number of Iranian operators to visit the country to near 2000 before the end of the year.