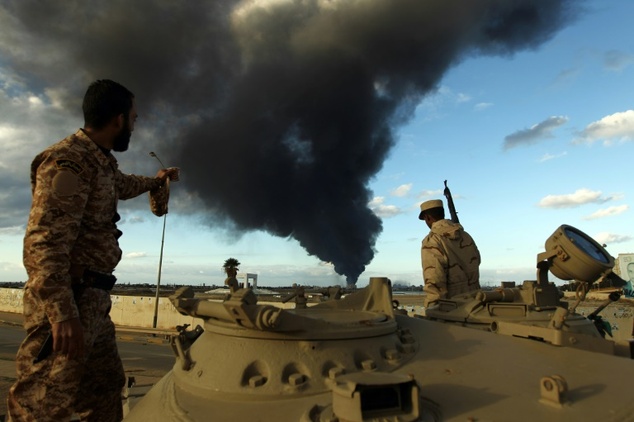 As Libya clocks 5 years since the war began with the uprising against the Gadhafi regime, UN special envoy told Associated Press that the Islamic State poses a major threat to the country’s stability and security.

He said “every day lost in the political dialogue is a day of gain of Daesh” which expands in “chaos” and “anarchy” that Libya is experiencing before highlighting the importance of establishing the UN-backed national unity government.

The 18 member cabinet recently proposed by Prime minister-designate Serraj was described by Kobler as a “balanced list” which should be supported by politicians and warring parties to end the country’s “disastrous” situation with almost 50% of the population depending on humanitarian aid.

The special envoy claimed that “95% of the Libyan people are behind the political deal and want to see a strong government that takes care of basic necessities.”

NATO is being blamed for the chaotic aftermath of the Gadhafi regime as critics allege that the country was abandoned after Colonel Gadhafi’s assassination. Tensions have since then been high between armed militias and tribal groups but Kobler promised that “we are going to repair it and it is not too late” although he declined to answer a question on the possibility of failing on such an attempt saying “I don’t answer that question.”

Meanwhile, a “classified report” dated 29 January 2016 dwelling on EU military plans in Libya codenamed Operation Sophia was published by WikiLeaks. The report urges for accelerating the formation of “a ‘reliable’ government in Libya that in turn is expected to ‘invite’ EU forces to operate within their Territorial Waters and later even give permission to extend the EU military operations onshore.”