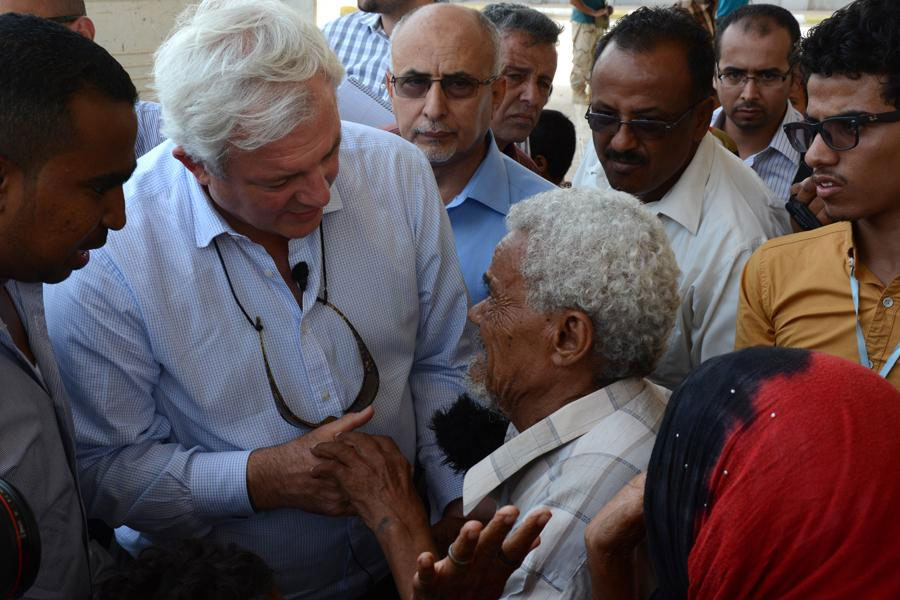 UN aid chief, Stephen O’Brien, told the Security Council that delivering humanitarian aid in Yemen is a major challenge as warring parties continue to limit access to areas under their control.

He lamented the inconsistency of the Houthis and their allies in granting access to aid workers and the warning issued by the Saudi-led coalition for workers to leave areas under the control of the Houthis.

Last week, the coalition also diverted a humanitarian ship chartered by the World Food Program that left Djibouti for the Yemeni port of Hodeidah to the port of Jizan in Saudi Arabia.

O’Brien reminded the parties that they have to respect international humanitarian law in order to facilitate humanitarian access to all areas of Yemen as he stressed that in their military operations, they need to protect all civilian persons and entities from attacks.

While he acknowledged that aid deliveries are continuing in the areas controlled by al-Qaeda in the Arabian Peninsula (AQAP) he described the organization as “extremely challenging and dangerous.”

The Houthis approve aid missions in some areas and reject others while the coalition had in the beginning of the month requested that the UN and other international organizations move away from areas “where the Houthi militia and their supporters are active and in areas where there are military operations.”

The call was rejected by the UN aid chief who said their work is founded on “impartiality and on the basis of need” although the Saudi-led coalition replied that it was not meant to block any humanitarian action but only for safety reasons.

O’Brien said a coalition airstrike landed 200 meters away from the Diplomatic Transit Facility on Sunday. The facility houses UN and diplomatic personnel.