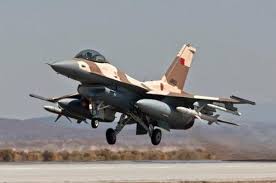 According to a Moroccan website “Far Morocco,” specializing in defense issues, Morocco will participate in this multi-dimensional drill with F16 Block 52 fighter bombers.

Saudi media had reported that about 350,000 forces from 20 countries, some 2,540 warplanes, 20,000 tanks and 460 helicopters will participate in the 18-day exercise conducted under Saudi Arabia’s command.

During the duration of the drills, deemed as the largest ever in the area, the airspace over northern Saudi Arabia will be closed.

Saudi Arabia, which is leading an anti-terrorism coalition formed in December 2015 did not indicate whether the manoeuver is related to the establishment of this coalition.

The purpose of the coalition is to support military operations in the fight against terrorism through the exchange of information and, if necessary, the deployment of troops.

Many analysts believe that the exercise is held in preparation for a contingency ground intervention in Syria, as Saudi Arabia, which is part of the US-led coalition that has been raiding the IS group in Syria, said recently it would participate in any ground deployment in the war-torn country if the US-led coalition decides to launch such an operation.

In response to the Saudi remarks, the Syrian Foreign Minister had warned against any such intervention without Syria’s consent.