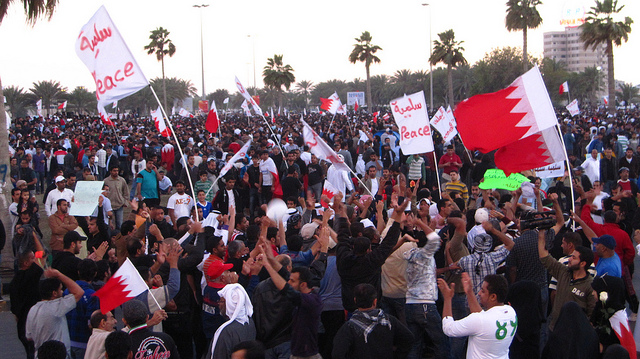 The Bahraini parliament is unhappy with the European Parliament (EP) after the latter questioned the credibility and independence of a judgment passed by one of the kingdom’s courts.

A resolution passed by the EP last week rejected a court ruling handing the death sentence to a defendant, involved, according to Bahraini authorities, in a terror attack which killed a policeman when he detonated a bomb in front of a worship place.

MP and member of the Foreign Affairs, Defense and National Security Committee, Mohammed Al Jowder, lamented that the European Parliament members relied on “false information” provided by individuals “who escaped to Europe after failing to sell their country to foreign ambitions.” He said Bahrain will continue to reject “one-sided reports” before stressing that the kingdom is “a country of peace and an old friend of the European continent. It’s important that we’re treated similarly and that our sovereignty is respected.”

Authorities in Bahrain have always stressed that they are fighting terror and often reject criticisms of their security measures. Jowder recalled that Bahrain “was among the first” to stand by Europe when it was “hit hard by terrorism lately” and also supported its “counter-terrorism procedures to ensure security and never interfered in their judiciary affairs in this regard.” He said Bahrain is fighting a similar case and is baffled by the EP’s “call for the release of terrorists, who harmed their country, killed policemen and caused the loss of innocent lives here in Bahrain.”

Bahrain issued warning against demonstrations on Sunday to mark the fifth anniversary of the Shia protests. Public security forces chief Tariq Hassan said protesters will be punished according by the laws in force.