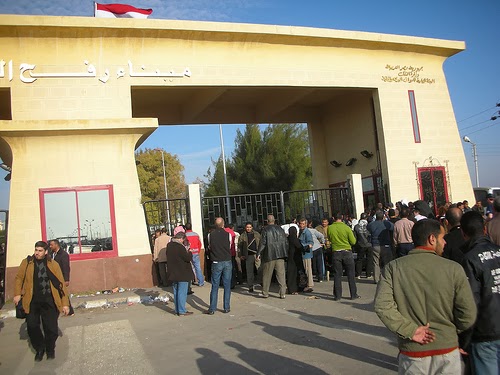 Gaza’s only access to the outside world beyond Israel’s control was opened by Egyptian authorities on Saturday for 2 days. The Rafah crossing point is in southern Gaza and hundreds have headed towards the area hoping to be able to cross into Egypt.

More than 25,000 people have registered to cross citing urgent needs and 3,500 for medical purposes according to the authorities in Gaza but only a small amount of them are expected to pass through.

Senior Hamas political leader, Ismail Haniyeh, welcomed the Egyptian goodwill gesture at a press conference in Gaza and hoped that “the crossing will be opened permanently” because “there are thousands of people on the waiting list.”

Cairo opens the crossing for a short period every few months. Authorities said only 765 Palestinians were authorized to cross into Egypt on Saturday.

The northern crossing point at Erez is controlled by Israel and Ramy Abdu, Director of the Gaza chapter of the Euro-Mediterranean Human Rights Monitor, said only a few people could pass through there because more than 80% of Palestinians are banned formally or by de facto from travelling through it. He added that “those who do pass often face humiliation or blackmail”; a method used by Israel to recruit informants to spy in Gaza in exchange for the privilege to use the crossing point.

Gaza has endured a tight blockade, enforced by both Israel and Egypt since Hamas took control of the region in 2007. The 2014 hostilities between Hamas and the Israeli forces are reported to have left around 1.9million Palestinians in Gaza economically devastated and in dire need of humanitarian aid.