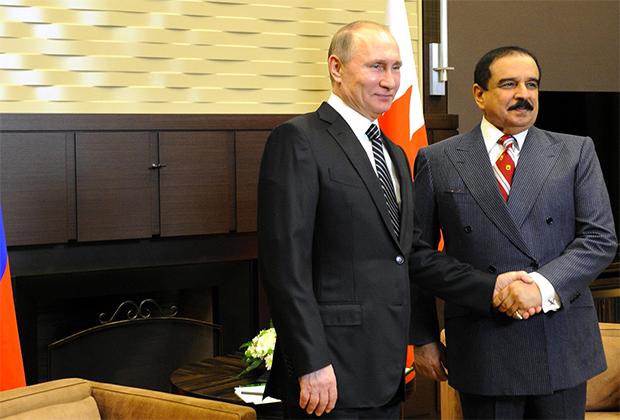 Bahrain will shortly become a distribution point for Russian LNG after completion of its $600 million LNG distribution center.

An agreement to this end has been reached with Gazprom during King Hamad Bin Eisa Al Khalifa’s current working visit to Russia.

The Bahraini facility will also be a distribution center for other Gulf States, with the exception of Qatar, if they request it, Energy Minister Abdulhussain Mirza said.

During talks with President Vladimir Putin, King Hamad hailed “the growing relations of friendship” between the two countries and urged for stronger ties and cooperation “mainly in defense, security, energy, economic, investment, trade and tourism fields.”

Bahrain has been increasing its investments in Russia and Mumtalakat, the kingdom’s sovereign wealth fund, made a direct investment of $250 million into the Russian Direct Investment Fund according to Russian foreign minister Sergei Lavrov. Other projects worth around $255 million are underway.

Lavrov explained that the governmental circles and the business community in the two countries do not wait for the official decisions and take the initiative to bolster relations in all fields. Bahrain and Russia are also trying to develop their military cooperation, he said.

President Putin said Bahrain is “a key partner not only in the Gulf region but also in the Middle East” and efforts to foster cooperation will continue amid global economic difficulties.