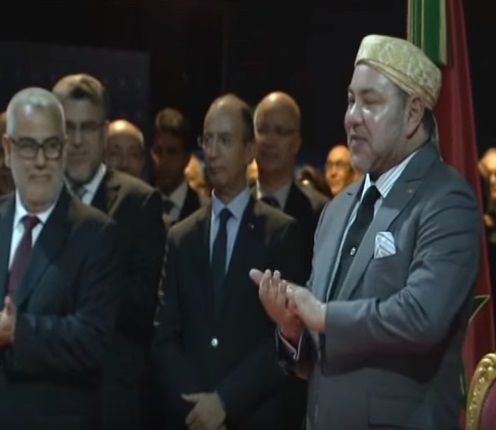 Morocco made a big stride on Thursday in the fulfilment of its ambitious renewable energy plans with the launch of the first plant of the mega solar energy complex in Ouarzazate that will make of Morocco a solar superpower.

The official ceremony of the entry into service of this first plan, called Noor I, was chaired by King Mohammed VI who also launched the construction works of the second and third plants of this megaproject (Noor II & Noor III.)

The sovereign was briefed by the CEO of the Moroccan Agency for Solar Energy (MASEN), Mustapha Bakkoury, on the various steps of the plant that has just been completed and which has a generating capacity of 160MW. He also explained the remaining phases and the prospects of the whole project.

Managing Director of the National Electricity and Drinking Water Office (ONEE) surveyed the evolution of the energy demand in the country, saying that demand for electricity has almost tripled since 1999, reaching over 34,000 GWh at the end of 2015. He also explained the broad lines of the national energy strategy, which gives prominence to the promotion of renewable energies.

Morocco’s efforts to seek cheaper and cleaner energy sources were primarily dictated by its desire to reduce dependence on fossil fuels and cut the costly bill of fuels imports, the Kingdom being a non-oil producing country.

This hybrid solar power project will thus enhance Morocco’s solar power base and capacities to significantly increase the share of renewable energy.

The four development phases of the solar energy complex, named Noor I through IV, will form, once their construction and link completed, a consolidated plant that will be the largest solar power production facility in the world, covering an area of 30 sq km and generating 580 megawatts. The $9 billion plant will provide electricity to over one million households, allow an annual saving of 3.7 million tons of CO2 and provide in the long run about 1600 jobs.

The first phase, Noor 1, involves the installation of more than 500,000 mirrors arranged in 800 rows to track the sun as it passes across the desert sky each day.

Noor 2 and 3 are scheduled to begin in 2017 and the final four plants will make up the completed renewable energy complex by 2020.

The $9 billion investments required are provided by international financial institutions like the World Bank, The African Development Bank, the European Investment Bank and several private investors.

The Moroccan government set up guarantees to back the project and its external funding. Besides, King Mohammed VI has established energy subsidies so that the great cost of becoming a global solar superpower is not borne by Moroccan citizens.