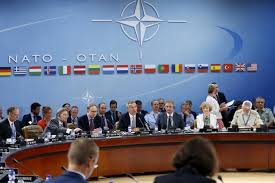 As Ankara and Moscow continue to have issues over airspace violations and approval of flights, the Russian Foreign Ministry has called on the North Atlantic Treaty Organization (NATO) to refrain from interfering from what it considers to be a bilateral matter.

Director Andrei Kelin, head of the European Cooperation Department at the Russian Foreign Ministry, stressed in a press release that Russian aircrafts violating Turkish airspace, the latest allegation dating back to last week, is not part of the multilateral organization’s mission because “there is no concept of airspace within the alliance.”

His remarks came after NATO confirmed Turkey’s allegations of a Russian Sukhoi-34 illegally entering its airspace before asking Moscow to stop violating NATO’s airspace. Russia denied the allegations and Kelin said “the issue must be resolved between the two countries; between Moscow and Ankara.”

On Thursday, Turkey’s Foreign Ministry spokesman Tanju Bilgicha explained that Ankara on Wednesday cancelled the approval of a Russian surveillance flight that was already in the country because they could not reach an agreement on the flight route. The surveillance was to be held under the Open Skies Treaty to develop transparency, monitor the fulfillment of armament control agreements, and expand capabilities to prevent crises within the framework of the Organization for Security and Cooperation in Europe (OSCE) and other international organizations.

The route according to Sergey Ryzhkov, chief of the Russian Defense Ministry’s department for control of the implementation of treaties included “the observation of areas adjacent to the Syrian border and airfields where NATO aircraft are concentrated.”

Ties between the two countries continue to be tense and it is unclear if Ankara would approve the request if modified even though Russia has not revealed such plans.