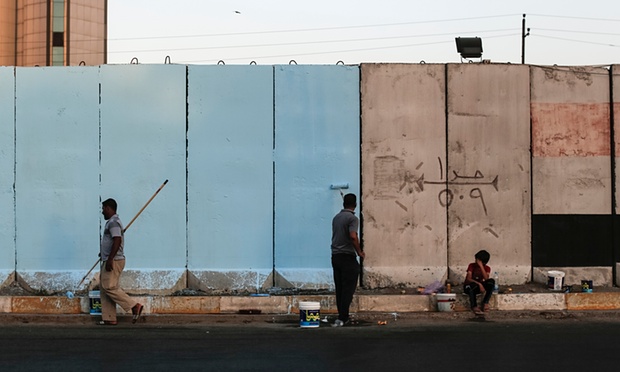 The Iraqi government is building concrete barriers around northern and northwestern Baghdad alongside trenches as part of a security measure against attacks from militant groups.

According to spokesman of the Iraqi Interior ministry Brigadier General Saad Maan, the barriers will be 100 kilometers long and 3 meters high but details of the trenches were not revealed.

Iraq has been claiming that it is making progress in the fight against the Islamic State by recovering lost territories.

Spokesman Maan said the wall will help to prevent attacks and reduce checkpoints in Baghdad by 50% when completed and that would enable the army to deploy thousands of troops on the ground for combat duties as well as reduce traffic jam in the capital.

Lieutenant-General Abdul Ameer al-Shammari, head of Baghdad Operations Command, said, in a statement published on the defense ministry website, the wall “will prevent from infiltrating the capital or smuggling explosives and car bombs to target innocent civilians.”

Construction began on the west of Baghdad on Monday terrorists by the military’s Engineering Corps and about 30kilometres away from the city center. Upon completion, Fallujah which is still under the control of the Islamic State group would be isolated from the capital.

Part of Baghdad known as the Green Zone houses the prime minister’s office, Cabinet offices, western embassies and U.N. agencies. It is surrounded by concrete barriers with checkpoints to deter attacks. Many of the city’s neighborhoods are also walled off, dissecting the capital and standing as a grim reminder of the Sunni-Shiite violence that almost plunged Iraq into civil war in 2006 and 2007.