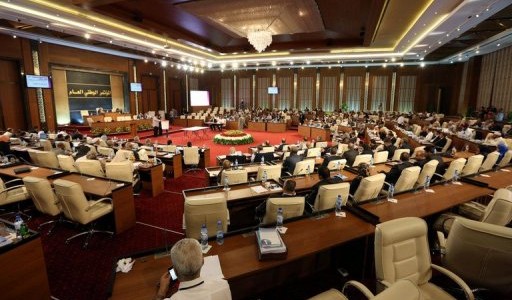 The General National Congress (GNC) sacked ten of its members who signed the Libyan Political Agreement (LPA) in December alleging that they acted against the constitution in a move analysts say could be meant to reject the agreement while promoting the Libya-Libya dialogue.

The sacking comes at a time Western countries are pressuring the rival governments to support a unity government in order to counter the spread of the Islamic State group in the country. A senior Libyan intelligence officer claimed that senior members of the extremist group are using the North African country as a “safe haven” as bombings intensify in Syria and Iraq.

First deputy head of the GNC, Awad Mohammed Abdul-Sadiq, told reporters at a news conference that the parliament “sacked some of the members who signed” the agreement in Morocco last year because they were not “authorized” to accomplish such an act and have thereby “violated the (2011) constitution.”

The rival Libyan parliaments met days before the signing of the LPA, that they oppose, to discuss means of ending the war in talks dubbed as the Libya-Libya dialogue claiming that Libyans are capable of solving their own problems.

Both parliaments had stated that signatories of the UN-backed agreement acted individually and not on their behalf.

The UN and several countries have warned that delaying the formation of a unity government empowers the Islamic State to increase its territorial control.

According to Ismail Shukri, the head of intelligence service in the city of Misrata, foreigners account for around 70% of the IS group’s fighters and members of Saddam Hussein’s disbanded army are among them.