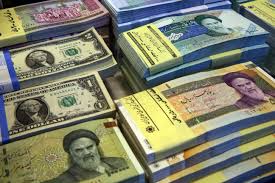 Tehran has recuperated more than $100 billion of its frozen assets, according to government spokesman Bagher Nobakht who said that the assets have been fully released and can be used.

The assets frozen under US sanctions have not been released yet as US lawmakers try to limit the effects of lifting the sanctions.

Actually, the US House of Representatives on Tuesday approved a Republican-led bill, the Iran Terror Finance Transparency Act, targeting the landmark nuclear agreement with Iran.

As to the unfrozen money, it is not expected to be repatriated because of fears that it could lead to inflation. Some of the funds will be left in international banks to enable the State to pay for international purchases because there are no foreign banks operating in the country.

Iran had warned that the nuclear agreement reached in July 2015 could be jeopardized and could even collapse if the US approves the Iran Terror Finance Transparency Act.

The White House has also said that the bill could cause “the collapse” of the nuclear agreement, and Obama has promised to veto it, if it passes in both houses.

The bill would bar the removal of sanctioned Iranian individuals and financial institutions from a restricted list until the president certifies to Congress that they weren’t involved in Iran’s ballistic missile program or in terrorist activities.

The European Union and the UN have already lifted the sanctions after the nuclear agency watchdog, International Atomic Energy Agency, in a report stated that Iran has confined itself to the dictates of the nuclear agreement.