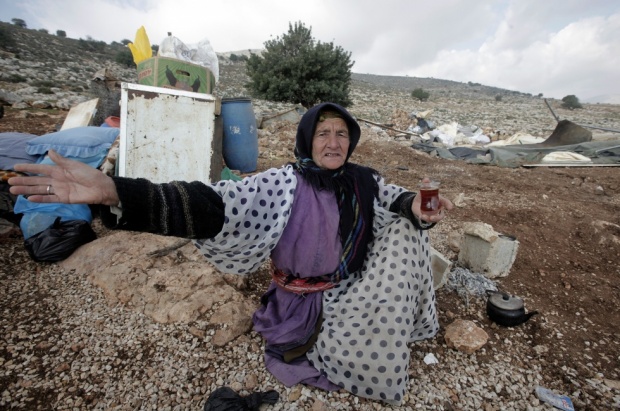 Israeli bulldozers arrived in the villages of Jinba and Halawa south of Hebron in the West Bank on Tuesday and razed down more than 20 buildings in the area they claim was designated as a military firing range in the 1970’s.

The villagers argue that their villages date back to the 19th century and their ancestors had lived there as cave dwellers. Some of the houses that were destroyed were funded by the European Union or co-funded by Denmark and the UK as part of UN humanitarian programs.

The destruction was delayed by a long legal battle and an Israeli Defense ministry unit known as the Coordinator of Government Activities in the Territories (COGAT) stated that the “measures were taken in accordance with the law” adding that construction of illegal structures continued and “the building owners showed no willingness to get the situation in order.”

Human rights groups challenge Israel’s claim to the land arguing that it is illegal to establish a military zone in occupied Palestinian territories.

The demolition of other homes in ten more villages was delayed by a High Court injunction later Tuesday as it ordered the suspension of the exercise till February 9.

A spokesman of the EU said the organization “expects its investments in support of the Palestinian people to be protected from damage and destruction.”

Sarit Michaeli of B’Tselem, an Israeli NGO, said in these coldest months of the year, some 110 people, including 60 children were thrown out on the street, while Israeli media reported that children were seen digging in rubble for their toys after the destruction operation.

Sarit Michaeli said several villages represented by a number of different legal teams are concerned by the demolitions and an arbitration process between the residents of the region and Israeli authorities broke down recently which “basically means we are back to square one” as the tussling between the parties continue.