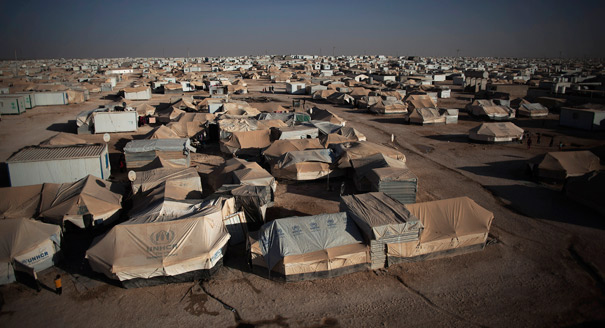 Amman has warned that its policies towards Syrian refugees could change if the upcoming February 4 donor conference in London does not help it to overcome the challenges it is facing. Authorities claim to have spent around $6.6billion over the past five years and this year’s spending is expected to stand at $2.7billion.

King Abdullah who will be leading his country’s delegation stressed that Jordan is at a “boiling point” and “sooner or later, I think, the dam is going to burst.”

According to the UN, Jordan is hosting around 700,000 Syrian refugees, while the government claims they are around 1,4million as many refugees are unregistered.

Prime Minister Abdulah Nusr said they need international support to continue to fulfill their duties towards the refugees and Planning minister Imad al-Fakhoury told representative of donor countries that Jordan would be “forced to take painful measures that will lead to a greater influx of refugees to Europe if Jordan is left on its own to deal with the consequences of the Syrian crisis.” Jordan can no longer continue to provide aid to Syrian refugees, he said.

Jordan has been exercising an open border policy to the Syrian refugees but continuing this policy seems dependent on the outcome of the London donor conference.

Jordan’s debt stands at over 90% of its gross domestic product and its economic growth has been falling.