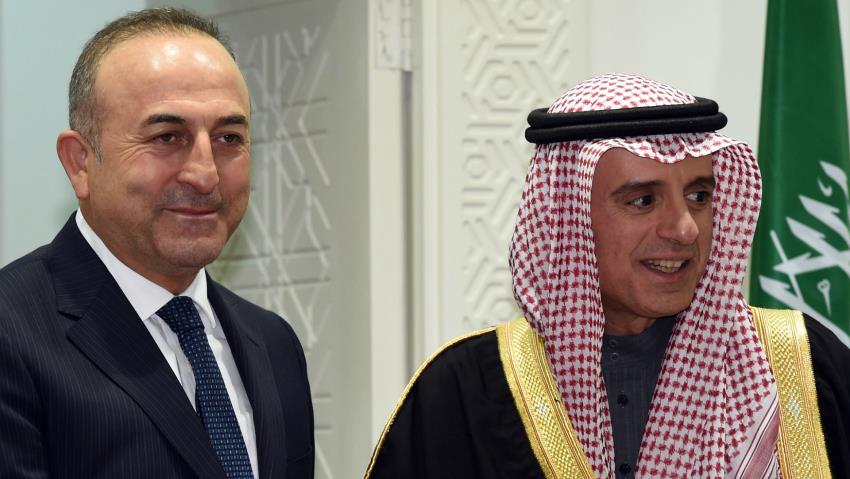 Riyadh is endeavoring to improve ties between Ankara and Cairo after three years of diplomatic hold-up due following the overthrow of Mohamed Morsi in 2013.

“Saudi Arabia has put forward a number of suggestions on how to resolve the differences between Cairo and Ankara,” Turkish foreign minister Mevlut Cavusoglu said on Sunday while on a visit to Riyadh.

Ties between Ankara and Cairo are strained since the overthrow of Islamist and first democratically elected President Mohamed Morsi by the military led by current Egyptian President al-Sissi.

Ankara known as an ally and supporter of the Muslim Brotherhood systematically severed ties with Egypt.

“Erdogan has taken a strong stance against the current Egyptian regime because Turkey suffered for many years from military coups. Erdogan believes that recognizing Sisi would legitimize any military leader who seizes power by force,” a Turkish official told “The New Arab”

He also told the media that regional powers have been pushing Ankara to end friction with Cairo before the Islamic summit to be held in Istanbul in April.

Another geopolitical expert told the New Arab that reconciliation between the two former allies may not take place soon and will require mediation from Gulf powers.

“Reconciliation will only happen through mediation from Gulf states, and if the opportunity arises both sides will have to make concessions,” Mohammad Abd al-Qadir, an Egyptian specialist in Turkish affairs, and political researcher at the al-Ahram Center for Political and Strategic Studies said.

“The Turks will have to accept what happened in Egypt after June 30 and in return Tukey will want to mediate between the Muslim Brotherhood and the Egyptian government to hold fair retrials and reach a political settlement,” he added.