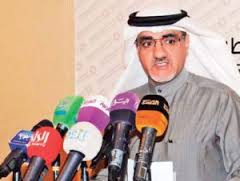 Khalil Abudllah, a member of the Kuwaiti parliament, urged the Government to adopt knowledge economy strategies pledging that the parliament will support such efforts.

Addressing a two-day international forum held in Kuwait, the MP said the Government possesses the apparatuses and specialized authorities for forwarding bills on knowledge economy. He recalled that lawmakers had approved similar acts in the past and are willing to review new Government initiatives, especially under the scope of knowledge and technological economy. “The ball is now in the government’s court,” he said.

The forum is being held under the theme ‘Contemporary Functions of States from a Knowledge Economy Perspective’ with focus on the most distinctive contemporary administrative and economic functions that would build a reliable knowledge economy. It could contribute to the diversification efforts of countries that have their economy dependent on a single major activity.

South Korea and Singapore are among the examples that have used Knowledge economy to prosper and Chief Executive Khong Ming of the Singaporean Systems Institute said they adopted the strategy in the 80s due to shortage of natural resources. He said focusing more on teaching ensures progress of internal investments, particularly in engineering and advanced technologies. In Singapore, the number of technological experts went up from 1800 in the 80s to 150,000 by the early 90s, he said.

One of the disadvantages of technology is the reduction of needed manpower as machines help to accomplish tasks at a faster rate.