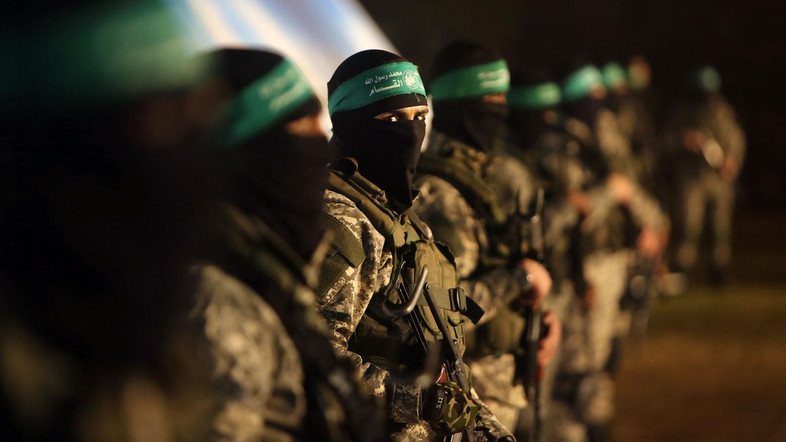 Palestinian militant movement Hamas in Gaza Sunday hinted at a probable prisoner swap with enemy Israel which will lead to the release of hundreds of Hamas militants jailed in Israel.

“The resistance has… cards in its hands that will force the enemy to release you,” Hamas military arm, the Ezzedine al-Qassam Brigades’ spokesman Abu Obeida said in a statement.

The prisoner swap would presumably include handover of the bodies of Israeli soldiers Oron Shaul and Hadar Goldin killed in the Israeli-Hamas 2015 war. Their bodies are still reportedly kept by Hamas but their fates are unknown.

A previous prisoner exchange resulted in the exchange of the Israeli soldier Gilad Shalit for the release of more than 1, 000 Palestinian prisoners.

Hamas movement local leader Ismail Haniya Friday said Qassam Brigades were preparing “for any future clashes with the Zionist enemy”, including by building tunnels on the border with Israel.

He further angered Israel as he pointed out that “a collapsed tunnel that killed seven militants in Gaza last week was like the one used to capture Shaul.

Haniya’s comments were confirmed by the movement’s senior official Khalil al-Haya who said “the tunnel in which our seven martyrs died is the same one that was used by Qassam to capture the soldier Oron Shaul.”

Israeli Prime Minister Benjamin Netanyahu, on Sunday vowed to hit back and with greater force if Hamas tries to attack Israel.

“We are systematically preparing for all threats — including from Hamas,” he said.

“If we’re attacked through tunnels from the Gaza Strip, we’ll act very forcefully against Hamas, with far much greater force” than two years ago.

“I hope we won’t need them, but our abilities — both defensive and offensive — are developing rapidly, and I wouldn’t recommend anyone tries them,” he said in a speech to Israeli diplomats.

Israel accuses Hamas of rebuilding tunnels destroyed during the 50-day war in 2014. The clashes claimed the lives of 2,200 Palestinians and 73 Israeli as well as destruction of thousands of homes in besieged Gaza.