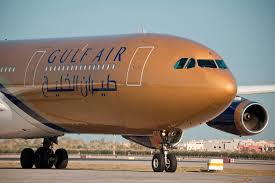 Bahrain could be privatizing public companies after lawmakers discussed reducing government stakes to not more than 30% thereby opening Gulf Air, Alba, Bahrain Airport Company, Batelco and the National Bank of Bahrain (NBB) to the private sector.

The chairman of the parliament’s financial and economic affairs committee Abdulrahman Buali said the current capital of all the companies under Mumtalakat, Bahrain’s sovereign wealth fund, was around BD7 billion. Oil enterprises and Bahrain International Circuit would not be included in the privatization drive.

However, there is still controversy over the inclusion of a clause allowing the government to sell off its entire stakes, within three years, in the companies that are being privatized.

MP Abdulrahman Bumajeed said reducing government’s shares in companies will affect productivity and employment before signaling that the State will not be able to monitor their activities without stakes. He urged his counterparts to wait for recommendations from the ongoing investigations into Mumtalakat’s affairs before approving the amendments of the Private Companies Law.

Committee Chairman Buali thinks that privatization will free up government funds and the parliament’s first vice-chairman Ali Al Aradi said it “will be a golden opportunity for new revenues” and relieve the government from borrowing.

A representative of the Industry, Commerce and Tourism ministry at the parliamentary session stated that “the amendments will not benefit the economy or the people.” The representative explained that the government’s main role in companies where it is an important stakeholder is “to ensure that those companies are solidly structured and able to strengthen the economy, while allowing investment in support of companies that are beneficial to the economy.”