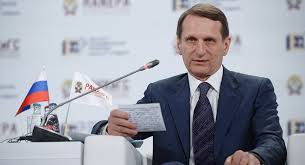 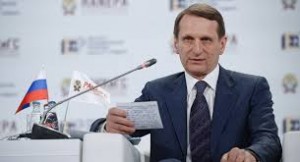 At the end of his two day visit to Egypt, Speaker of the Russian Parliament Sergey Naryshkin said he was hopeful that flights between the two countries would resume soon.

He said he had a thorough discussion with President Sisi and his Egyptian counterpart Ali Abdel-Aal on the resumption of Russian flights to Egypt and Russian tour operators’ activities in Egyptian resorts. He said he was confident the problems will be solved soon.

Russian flights to Egypt had been suspended after the October 31 downing of a Russian airplane over the Sinai killing all those on board. Aviation and security officials of the two countries have since then been collaborating to boost security at Egyptian airports.

The North African country is the second most popular destination among Russian tourists, which explains its keenness to have the 3 million Russians or so back in the country.

The Speaker of the State Duma assured officials in Cairo that “the terrorist act in the skies over Sinai did not affect the very friendly attitude of Russians to the people of Egypt” reiterating that Moscow wants to continue developing tourism ties as he cited the opening of the consular office in Hurghada in 2015. Naryshkin said flights would resume to Egypt after the opening of a Russian consulate in Sharm el Sheikh.

Russia’s Federal Air Transport Agency (Rosaviatsiya) said in a statement that it “conducted an audit of the set of measures” taken by Egypt following its recommendations and that it forwarded new “additional security recommendations,” but Egypt replied that the implementation of the new recommendations “will take additional resources and time.”